A major improvement over typical shadow, blue/green, and canary testing, ReGrade provides the most accurate possible validation of updates to network software without risking a single bad client experience.  Playing 100% of the real traffic to both versions easily and automatically identifies flaws and their causes pre-release to substantially improve quality, security, and efficiency in CI/CD environments.

Limited use with no ID translation or mapping

Time consuming and difficult to implement

Most accurate representation of production and customer experience

Flexible and easy-to-implement in all environments

Shadow Deployments Were Difficult and Uncommon Before ReGrade

Historically, shadow deployments have been rare because good and easy-to-implement solutions haven’t existed to set up the shadow environments and effectively extract the rich data.  Significant effort and costs had to be weighed against the criticality of the application.

Designed as a cloud-native service, Curtail ReGrade provides the network layer tools necessary for a runtime shadow deployment in a single, flexible, configurable package.  A new software release version can be deployed alongside an existing production version, using the same cloud architecture you already use. ReGrade captures traffic in your production environment either by passively sniffing or by running as an inline proxy (depending on configuration) and then manages all of the communications with the proposed software release, ensuring that input messages are translated appropriately into each environment so they remain running in lockstep. ReGrade then automatically compares the outputs from the production environment to the outputs of the release candidate environment, specifically identifying differences that would lead to different client experiences, including finding defects, misconfigurations, and environmental changes. 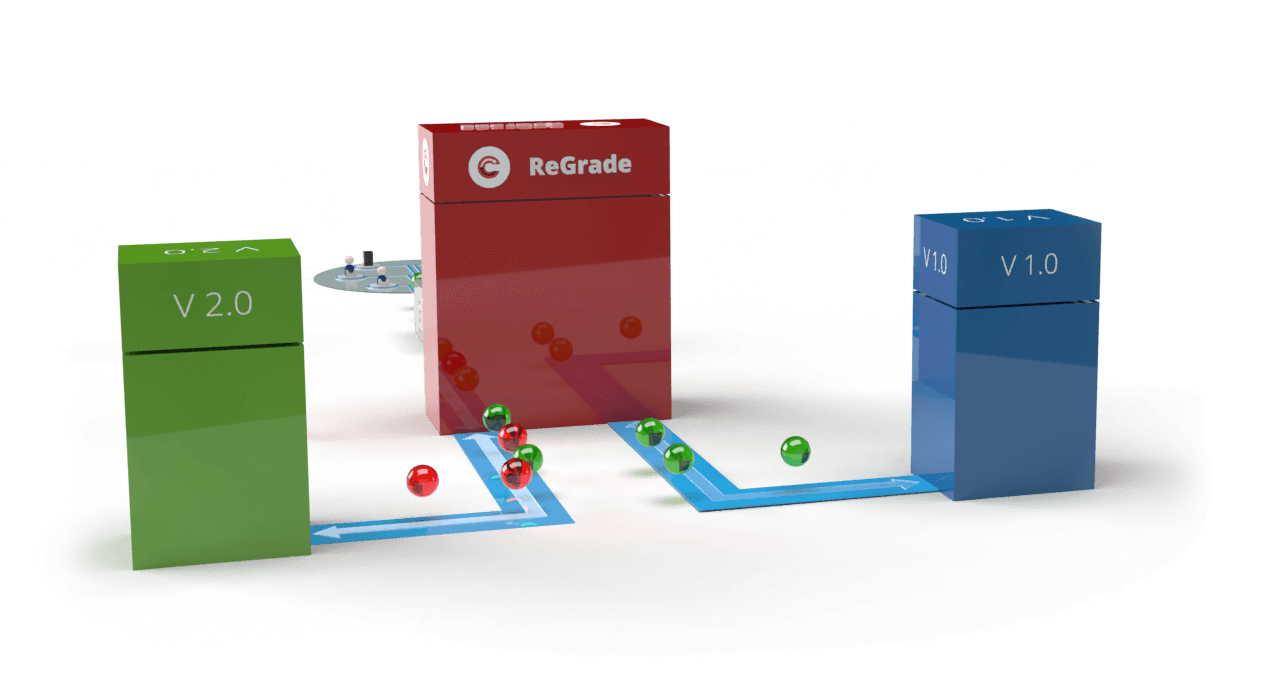 Without intelligent mapping of session IDs, most applications will report errors from unknown identifiers and fail to function.  ReGrade is cloud-natively architected and can therefore keep up with the agile applications of today.  The accurate and real-time translation of sessions, in parallel across multiple different versions of your software then allows the outputs to be compared so that expected changes can be verified and unexpected errors can be detected immediately.

Basic approaches to shadowing are limited to simple applications (HTTP front end only).  ReGrade can do more because it operates on the network level, and is independent of protocol.  JSON and web API’s are excellent candidates for validation and monitoring by Curtail ReGrade since they often provide the foundation for user interfaces and other integrations.

Most test automation frameworks depend on statically configured rules and scripts. Adding ReGrade to your developer’s tool chests dramatically reduces the amount of time needed to spend imagining test cases.

Performance of your applications running in production is not affected. The responses from the release candidate are not experienced by or visible to users.